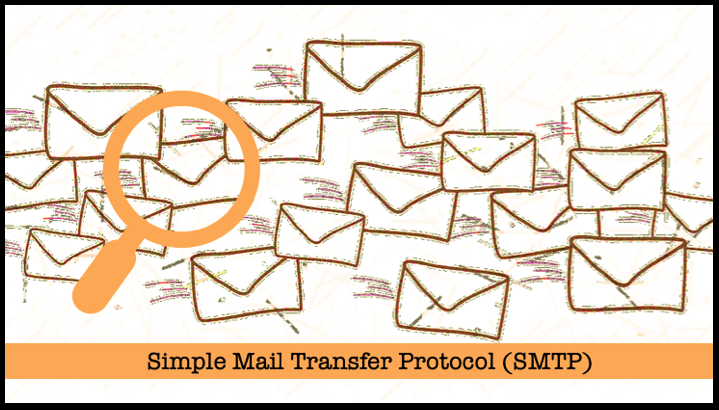 With emails being one of the most common services on the internet, have you ever wondered how email communication functions? In this article, we will discuss the “Simple Mail Transfer Protocol” or “SMTP”, which is responsible for the ability to transfer electronic mails via the internet. SMTP is a normal protocol which allows sending and receiving emails in network services.

SMTP or Simple Mail Transfer Protocol is an application layer protocol on TCP/IP network. It assists in transmitting and receiving electronic messages over the internet. It also offers intermediate network facilities among the remote email service provider, organization server and the local user.

User agents are an important aspect of the SMTP model. User agents or UA can be any of the popular platforms such as Mozilla, Outlook and so on. MTA is used for email exchange using the TCP (Transmission Control Protocol). MTA maintains the queue of the emails until they are delivered to the mailboxes.

How does SMTP process work?

Sending an email include a sequence of request and acknowledgement messages between a user and the server. The message usually consists of two parts – a header and a body, separated by a null line. Message body has the main information and is a series of ASCII letters.

The UA and server continuously keep updating the mailbox after a particular time interval. In case of a new mail received, the user can see the brief description in his mailbox and can read it by selecting the prompt.

Some popular SMTP commands are as follows –

HELO command recognizes the client to the server. It is sent only once per session.

EHLO command starts a fresh protocol session between the client and a server.

DATA command sends the data in a similar order.

RSET command can be used to reset the connection if it faces any error.

NOOP command is used to ensure receptiveness of the other end of the SMTP  session.

Limitation of the SMTP model

SMTP is easy to connect. SMTP connection is very easy to install and requires updated credential to integrate into a system. The SMTP server doesn’t need any coding knowledge. Another benefit of SMTP connection is its flexible nature with current applications.

SMTP model in spite of being very useful for email exchange has few limitations, such as –

•    It lacks built-in security options and is likely to be a victim of virus attack or phishing.

•    Hackers and spammers have the know-how to exploit SNMP by sending spams and delivering using insecure open SMTP servers.

•    Security is getting advance with time but it is still not completely secure.

•    Spammers can still create fake email ids for phishing as SMTP is unable to prevent this action.

•    While sending an email via SMTP server, the user will have to abide by the host rules or the connection limitation.

SMTP is known to be a standard protocol for almost all email servers currently in use. However, this protocol is often used with other two protocols called POP3 and IMAP to overcome its limited ability to queue information. POP3 and IMAP allow users to save emails in a mailbox at the server end and offer regular download from the server.

Sonal Mishra is a management graduate from Pune. She comes from finance background and has found her true calling as a writer after gaining corporate experience for almost six years with companies like Capgemeni and HSBC. She has transformed her love for writing into a full time profession and currently works as a freelance content creator.